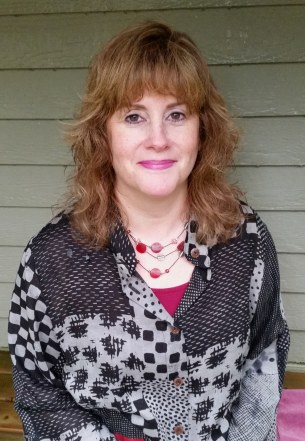 Tina Schumann is the author of three poetry collections, “Praising the Paradox” (Red Hen Press, 2019) which was a finalist in the National Poetry Series and other contests, “Requiem. A Patrimony of Fugues’ (Diode Editions), winner of the 2016 Diode Editions Chapbook competition and “As If” (Parlor City Press, 2010), which was awarded the Stephen Dunn Poetry Prize. She is editor of the IPPY-award winning anthology “Two-Countries: U.S. Daughters and Sons of Immigrant Parents” (Red Hen, 2017). Her work received the 2009 American Poet Prize from the American Poetry Journal, finalist status in the Terrain.org annual poetry contest, a Pushcart nomination, and honorable mentions in The Atlantic and Crab Creek Review. She is a poetry editor for Wandering Aengus Press and her work has appeared in publications and anthologies since 1999 including The American Journal of Poetry, Ascent, Cimarron Review, Michigan Quarterly Review, Nimrod, Parabola, Palabra, Poemeleon, Poetry Daily, The Midwest Quarterly, The Journal of American Poetry, The Yale Journal for Humanities in Medicine, Verse Daily and The Writer’s Almanac.

Because we all want to matter
in the end and because our bones
all contain the porous marrow
churning out its good river of blood,
we stockpile the quantifiable, the skeleton
of a childhood home, a 7th grade school
portrait, the foreign consonants
of the family name, and your mother’s refusal
to speak without an accent. Whatever
vagaries made up each lived day.
It’s the only mainline we all ride.
Isn’t that worth celebrating?
A festival perhaps? A commemoration
of commonalities? Not annually, but daily.
A public forum in which to showoff
your toes like no others, that birthmark
on your ass in the shape of Florida,
and your eyes like your fathers, but not quite.
Let’s have vendors sell funnel cakes
in the shape of reproductive organs.
and offal stew stalls, spiked
with this year’s wine; its bouquet
of acidic youth and juvenile undertones
wafting over the midway, where
children will hold balloons
within balloons that mimic the womb
and fetus posters hung in OBGYN
offices the world over.
The marching band will play
Born to Rock & Roll, and
Sweet Child O’ Mine, Not
Knockin’ on Heaven’s Door
or Dead Man’s Curve.
We’re aren’t there yet.
That’s another festival,
for another day.

3:00 p.m. Friday afternoon.
I sanction myself to the back booth
and wait for a mechanic named Scott
to give me back my car.
From the kitchen I hear dishes
and carrots lose their lives.
Bonnie Raitt’s voice falls from the speaker over my head,
I’m a three time loser, just a three time loser…
Alone with Angela’s Ashes, a pen and a notebook,
I tell myself I should not try to write
with McCourt’s voice in my head.
I’ll just go on and on like him with no periods
and the pain of being half Irish in my bones.
Now I recall my grandmother’s face
with the nose she would give to me;
Mary Teresa McCarthy, twenty-two, stands on the steps
of a Jersey City brownstone. She holds my infant father
on one hip, they face the camera, mouths open,
both of them laughing. Laughing …
She is steady on her feet. Firm in her stance.
Not a hint of the Parkinson’s
that would have her shaking decades later.
The waitress slides my bill across the table;
$3.75; two ginger cookies and a large Red-Zinger.
She wants me out. I’m taking up space
with my book and pad.
Damn the Irish anyway –
with their guilt-ridden memoirs,
songs that tear your heart out
and noses they give to grandchildren.