Eva Bourke – ‘Everyone in Galway seemed to be a poet’ 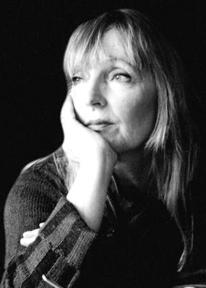 Years ago in a translation workshop during the Cúirt Festival I met Herman de Coninck, a Flemish language poet, who, amazed at the lively literary scene he found in Galway, later wrote in an article for a Belgium paper, exaggerating only slightly, that everyone in Galway seemed to be a poet, a street musician or a singer and often a combination of all three. I remember experiencing a similar surprise when I came to Galway. There were countless musicians, but not only that, the music sessions were frequently interrupted by recitations of poetry during which the raucous pub fell into an attentive silence. Over the years the community of poets and writers grew, nurtured by the wonderfully brave Jessie Lendennie’s shoe-string publishing venture Salmon Publishing that gave new poets a chance, many of whom later shot to fame, and the Cúirt Festival which started out as a poetry festival. It still has an important poetry constituent and offers a platform to young readers. Then there are the regular Over the Edge and North Beach Poetry Night readings, the Live Word and Slam poetry scene, many of whose contributors are students or graduates of the MA in Writing founded by Adrian Frazier of NUI Galway. One of the hubs of this literary activity is Charlie Byrne’s bookshop and I’ve lost count of the books that were launched there over the years. There are three literary presses in Galway at the moment – if you include Salmon which is now perched on the Cliffs of Moher. It isn’t easy to pick from this wealth of literary creativity. I opted for a chronological approach that will also reflect the variety and thematic richness of poetry in Galway, from established and well-loved poets Michael Gorman, Moya Cannon and Lorna Shaughnessy to three starting-out poets: Laura Caffrey, a recent graduate, as well as Jarlath McDonagh and Alvy Carragher who are still students of the MA in Writing at NUI Galway.

The Month of May

Standing over my mother’s dead body,
I note, as for the first time,
the freckles on her neck and shoulder
gone from the world of small gesture
that never drew attention to itself,
the way she sprinkled a modicum of salt
along the edge of a closed egg salad sandwich,
years before, in the Mozart café.

Everything outside is suddenly magnified;
I can follow individual blades of grass
moving on the hospital lawn,
a poster on a faraway pole
in familiar blocks of colour
declares the circus is in town.
Alex Lacey, lion-tamer, the Flying Sousas
acrobatic troupe, Miss Beatrix Spindler
with her amazing Spanish horses
are appearing at Sligo Fairgreen.

She carted us off together, once,
paid in to an everyday field
beside the river at Ballisodare
where we watched stars of All-in Wrestling
avoid each other entirely
as they crashed into parallel ropes
on a makeshift, elevated stage.

We never look closely enough
at our nearest and dearest.
After the show was over,
the cars filed out an open gate,
midges hovered in the riverlight.

No bear or lion ever raked him up,
the five-year-old child,
victim of illness, accident or sacrifice,
buried in a cave floor
high above a white-walled, roaring gorge,
shortly after the ice-sheets had retreated.

Someone sprinkled his grave with red ochre,
someone tied a seashell around his neck,
someone laid a few flint blades by his side,
and under his head someone placed
the dried tail of a fox, perhaps a white fox.

In the woods there are butterflies bigger than birds.
White and yellow, their wing-flap slow and silent
above the sun-spattered forest floor.

In old patios there are birds smaller than butterflies,
glints of emerald suspended in haloed wing-whirr.
Their syringe beaks sip and sip again,

take so little,
ask so little
of the world.

“I wrote this piece in memory of Mariel Stubrin. I attempted to capture that short instant before grief, in which one learns of the sudden death of a friend.” Oswaldo Golijov.

What happens in the moment
between innocence and knowing?
The heart’s marimba caught mid-swell or ebb
doesn’t miss a beat, obeying only inner rhythms.

The moment between ignorance and grief
before the bitten apple is thrown in dismay,
before loss and the long fall into pain
marked by the cello’s drawn, deliberate bow.

(Translated from the Spanish by Lorna Shaughnessy)

Three swimmers cut
through glass-like sea
in Salthill at dusk,
barely a splash between them,
their black capped heads
bob for air,
the slice of arm,
the rise, curve and descent
to break water,
the flick and kick
of well timed feet as they
push on with only
the next stroke in mind.

I’ve been trying to find ways to tell you mother,
leaving sheets twisted backwards on my bed,
he was everything and nothing like my brother.

I broke vases, smashed one against the other,
thinking you would see inside my head,
I’ve been trying to find ways to tell you mother,

There are things I cannot bring myself to utter,
I broke his baby pictures left them in the shed,
he was everything and nothing like my brother.

I spin dreams upon a star and then another,
but none of you hear the things I wish I said,
he was everything and nothing like my brother.

And everytime you say his name I stutter,
hoping you see that parts of me are dead,
I’ve been trying to find ways to tell you mother,
he was everything and nothing like my brother.

Da turns his head and Granny’s dead.
And Josie says:
‘There goes Nora, with her clasped hands and rosary bands.
She’s gone now. No more slippers or Bing Crosby.
No more simple philosophy.
No more guessing times by the number of chimes when the clock’s
A turn of the head away.
No more ugly floors, no more squeaking doors,
No more swift slaps or woolly laps,
None of that.
No more staying up late, no more ‘clean that feckin’ plate’.
No more quick fixes and sneaky Twix’s ‘when your ma’s not looking’.
No more sweets for sucking.
No more bonbons, long-johns, macaroons and treacle,
Stoppers, wappas, goody with sweet milk,
Nora and her Cadbury fingers.
No more pots and pans and decorated fans with fauna and flora.
She loved that, her fauna and flora.
Well, that’s all gone.
No more Nora.’
And off Josie goes
And her bags held beside her.