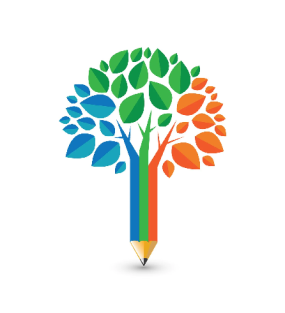 James Ross Kelly lives in Northern California next to the Sacramento River. He has been a journalist for Gannet, a travel book editor, and had a score of labor jobs—the in-between, jobs you get from being an English major. He started writing poetry and short stories in college on the GI Bill, after college he continued and gave occasional readings in the Pacific Northwest during the 1980s. Mr. Kelly worked as an environmental writer for the Forest Service in Oregon and Southeast Alaska where he retired in 2012. Born in Kansas, Mr. Kelly was a long-time resident of Southern Oregon where he grew up. Silver Birch Press (Los Angeles, California), Cargo Literary, (Prince Edward Island, Canada), Fiction Attic, Rock and Sling (Spokane, Washington), Edify (Helena, Alabama), Flash Fiction (San Francisco), Rue Scribe (New Mexico), True Chili (New Mexico), The RawArt Review (Ellicott City, Maryland) and The Purpled Nail (New Mexico), have all featured one or more of his stories or poems. Most recently, And the Fire We Talked About, a collection of short stories, was published by Uncollected Press/RawArt Review in 2020 and is Mr. Kelly’s first book of fiction, as well ‘Black Ice & Fire,’ Mr. Kelly’s first book of poetry was published in February of 2021 by Uncollected Press/RawArt Review.

I was in Peter’s cabin in southern Oregon, in the summer of 1981. Peter had finished at Crosier Seminary in 1965 and having done a stint as a chaplain in the Navy, or maybe it was the Army, he declined to be ordained, and went to work selling books for New Directions.

In 1967, he’d been chatting up bookstores for James Laughlin, and he stopped in San Francisco—took LSD, and tried briefly to become King of the Hippies. Soon realizing there were too many pretenders to the throne, he then retreated to Southern Oregon, where he bought a very small cabin in the woods and went on forays for Amanita muscaria mushrooms every fall and for Amanita pantherinas every spring on the Oregon coast or in the mountains. He’d dry hundreds of them and step into an altered reality most every day, then run ten miles so in his mid-forties he looked like an athlete in his twenties.

Peter had an estranged wife in Northern California and a young daughter and was dating a nurse from the psych ward in a Medford hospital. When I met him, I’d rented a small cabin about a half-mile from his. The first time I was in his cabin, on a round oak dining table was a copy of Wasson’s, Soma: Divine Mushroom of Immortality, an ethno-mycological study—the cover a stark-white layout with two bright red Amanita muscaria mushrooms with white spots.

You will see this entheogenic mushroom in illustrations of Grimm’s fairy tales and even Disney’s Snow White. Wasson’s contention is that this mushroom was the ancient Vedic intoxicant soma and as an entheogenic had been instrumental in prehistoric world religion, and that it is widely held now, as a naturalistic explanation of early religion.

The summer after college in 1973, I apartment-sat my English professor’s small place in Cambridge, Massachusetts, where I read this book, and Peter, impressed that I knew anything about it, shortly over a few weeks proceeded to let me sample, his Amanita pantherinas, which were not red but the color of gold leaf when the light and forest moisture catches them just right. They fruited out in the springtime. They were stronger than the muscaria but were without the voluminous folklore that came with their red cousins.

For about two weeks he’d given me several small doses, then one evening he gave me about six large ones with water. I lost track of everything in about an hour. Then I found myself in a sea of entities that appeared to be only half-conscious eyeball-like nodes, perhaps former life holders, I didn’t know. It was an awful subliminal place, greys and brown and blacks configured a half-lit landscape; I didn’t know how I got there, and I didn’t know for sure I was not one of them. It was a terrifying experience completely unconnected to a small cabin in Southern Oregon and any reality I had ever known, and the looming premonition that I would always be there was quite overwhelming as the lack of consciousness of time made me unsure of the fact that perhaps I had always been there.

Then, suddenly I fell from somewhere in this bad realm and I came back into my body, falling from a distance outside and briefly I saw my body lying on top of a bed. Then I suddenly consciously came to rest with my eyes wide open, but I was still terrified. I went down a ladder from this loft, hit the ground and did judo rolls across the carpet and out to the porch, then halfway around the house, and then I stood up screaming at the top of my lungs. The rest of the evening went by very pleasantly, or I probably never would have tried the mushroom again.

Not long after that, I came over one morning for coffee, and Pete fed me six dried pancake-size mushrooms as I walked in the door. I took them with a lot of water and then I went up on his roof and about an hour later he came up and gave me five more with water, I laid down and looked at the forest, took in the madrone trees and Douglas fir over Pete’s house and, though slightly nauseous, I began to get extremely high, I moved slowly off the roof on a ladder.

I came down and made my way around his house and out to a postage-stamp-size lawn of about hundred square feet that was adjacent his house, and then down a path, beside his driveway and  a small pond he’d made, with a pole bridge arcing over the top with transplanted river iris in the bank where a spring fed. I continued up the path where there were a number of Washington Lilies (Lilium washingtonianum), whose trumpet-shaped white flowers on stems five to six feet tall will exude a fragrance that can waft fifty feet or more. These radiant lilies are named for Martha Washington and walking by this air-filled florescence in white flowers nodding, facing outward, pale-lavender on the outside and tiny purple spots on inside, with their tips slightly curved, I continued onward and into a stand of ponderosa pine with a black oak understory and with a few Douglas fir mixed in. It was late spring and now the air exuded a dry balsam smell from the fir and the volatile resin of the pine, blending with the smell of the Lilies I was still passing by.

I was about a hundred yards from Peter’s cabin and suddenly there was a man walking ahead of me I’d not seen before. He slowed, I got closer, and I noticed the man wore a whitish grey robe. This area had been a small sanctuary for the ‘sixties, ‘seventies and now ‘eighties counterculture for some time. To see a man dressed in a robe would not have been out of character here.

He turned around and I saw clearly this man was Jesus, and this at the time he did not at all seem out of place in any manner—I was glad to see Jesus. He turned, and I noticed a demeanor that was not one of annoyance, but it was as if he had been distracted by me, from some other more pressing intention, perhaps. He looked like a father who was going to deliver a necessary explanation for a too- inquisitive child. I had said nothing and yes there was seemingly white light when I got close, not unlike the lilies at the edge of this forest.

He then touched me on my forehead with the flat part of a right forefinger bent slightly inward. His hand making a half-fist, then suddenly inside me seemingly every atom, every molecule of every plant, and every rock, and every tree and every drop of water, the air, and the bright blue summer sky—became Love. I can only describe it as a base of experiential reality more real than anything I’d ever known or have known since. Love was very apparently the construct of reality itself. Love was everything and it was all-pervasive and all around me, and inside me as well, and it came upon me with a physical touch? We all have a tough time with this as the one overwhelming Truth.

I found myself on the ground, after what seemed a timeless expanse and breathing deeply, I looked and realized that Jesus had since departed. I staggered back to Pete’s house where there were now three people sitting on his small lawn in the middle of the Oregon woods.

I told no one about the Jesus part of this story for about 35 years, and I do not think I was supposed to. During that time, and for a time afterwards, I did assume this was a drug induced phenomenon and surging of wild flows of serotonin, but I did entertain the idea that it was a vision nonetheless (this phenomenon in the charismatic world is called an open vision). Then after my own subjective, yet extra-earthly, always unexpected sober encounters with this same Jesus continued—though none were as a Christophany as I’ve just described; eventually, I discounted naturalism as a notion that gets you through anything other than the day to day, as important as that is. The base construction of reality it seems, is something else.

I have concluded His presence is everything: He came to end all evil that is somehow resident on this planet, even though this has not happened yet—Love is all there is.

This entry was posted in Fiction, News. Bookmark the permalink.