A word from the Mayor of Galway 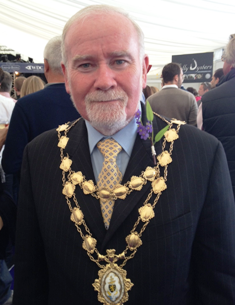 An initiative that gives Galway a greater literary footprint on the digital front is an initiative worth welcoming. As Mayor of Galway, I wish to express my support and indeed my thanks to The Galway Review for raising Galway’s profile as a productive literary hub. Since its modest beginnings in November 2012, with the assistance of the City Council’s Art Office, The Galway Review online and its two printed editions with another in the  offing, has grown  steadily in popularity, not only on a national scale, but also on an international scale.  I want to congratulate the team and wish them continued success.  Well done on the upcoming 125,000th online visitor!

Galway’s literary future will be assured by the continuance of literary festivals such as Cúirt International Festival of Literature backed up by published online and printed editions emanating from Galway’s growing writers’ community. This in turn will impact positively on Galway as a literary tourism attraction and economic benefits to the city and county should result.  As younger writers are being encouraged too to write in Irish and English a continued growing corpus of work is assured.

At a time when we are welcoming the visiting Mayor of Boston, Marty Walsh, to Galway, it gives me particular joy to reveal that the second most frequent visitors to The Galway Review website (www.thegalwayreview.com) are visitors from the United States of America, currently numbering 10846!