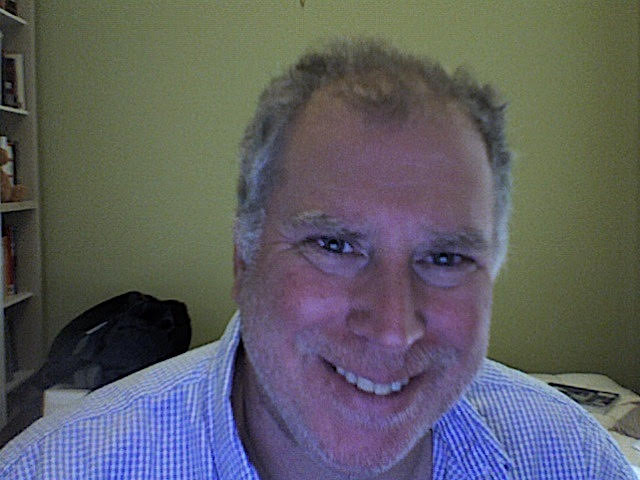 Alec Solomita’s fiction has appeared in the Southwest Review, The Mississippi Review, Southword Journal, and The Drum (audio), among other publications. He was shortlisted by the Bridport Prize and Southword Journal. His poetry has appeared in The Ekphrastic Review, Gnashing Teeth Publishing, The Galway Review, Bold + Italic, Litbreak, The Blue Nib, Red Dirt Forum, and elsewhere. He was longlisted for the erbacce-prize 2020. His chapbook, “Do Not Forsake Me,” was published in 2017 and is still available on Amazon. He lives in Massachusetts, USA.

I was with the radiologist
when she took your X-ray.
Your beautiful scapula, ribs,
pelvis, limbs; beautiful bones
with all that avoirdupois
protecting them. I fell in love
with your bones, darling.

As your words began to fail you,
your brilliance flashed out
in your search for substitutes.
A movie we’d already seen
became “a sour one.”
Political independents
became “the lonely ones.”
And nightmares became
“horses in the night.”
Now my own nights are rocked endlessly
by the hammer of pounding hooves.

Aside | This entry was posted in News, Poetry. Bookmark the permalink.