Steve Carr – Cry Me A Song 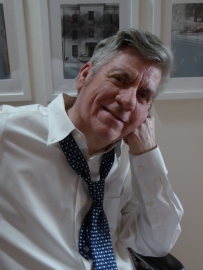 Steve Carr, who lives in Richmond, Virginia, has had over 300 short stories published internationally in print and online magazines, literary journals and anthologies since June, 2016. Four collections of his short stories, Sand, Rain, Heat, and The Tales of Talker Knock, have been published. His plays have been produced in several states in the U.S. He has been nominated for a Pushcart Prize twice

Cry Me A Song