Steve Carr – Nothing and Everything 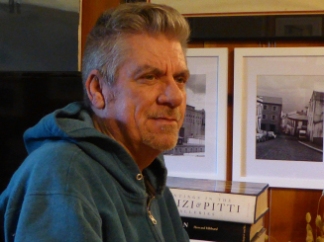 Steve Carr, who lives in Richmond, Va., began his writing career as a military journalist and has had over 180 short stories published internationally in print and online magazines, literary journals and anthologies. Sand, a collection of his short stories, was published recently by Clarendon House Books. His plays have been produced in several states in the U.S. He was a 2017 Pushcart Prize nominee.

This entry was posted in Fiction, News. Bookmark the permalink.

1 Response to Steve Carr – Nothing and Everything