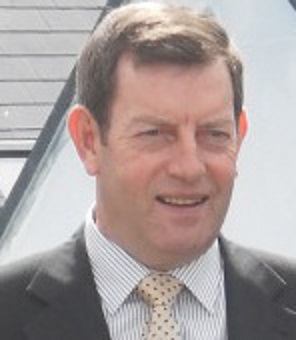 Daniel Sammon lives in Renvyle Co Galway. To date, he is the author of six books including a book of poetry.
He’s a graduate of NUIG where he received a Master’s degree in Writing in 2017. Prior to that, he received Certificates of Distinction in Legal Studies, Self-Employed Accountancy & Taxation, and Creative Writing in the Open College and Kilroy’s College in Dublin. He walked across Ireland from Renvyle to the GPO in Dublin in 2009 to celebrate the defeat of the British Army and the Black & Tans by the IRA in the War of Independence and the eventual Freedom of Ireland or at least the 26 counties.
To find out what it may have been like for St Patrick in 441 AD, he slept overnight on his own under the stars on the summit of Croagh Patrick in 2015 and wrote a book about his experiences.
Today he is a tour driver taking passengers on history, heritage, and scenic tours mainly in Connemara as well as other parts of Ireland wherever people may wish to go.

New poem – written and composed at Cleggan while waiting for Sean Curley having a few pints on Bank Holiday weekend, Sunday 31st July 2022.

On a summer’s evening as the sun is going down I look out at the boats in Cleggan town some multi-coloured, four white, two red and one black with Inishbofin in the back

In amongst them a speedboat appears; at the rate it’s going there’s nothing it fears

Behind it, it leaves white surfy waves, as towards the island a straight path it paves

The sea being so calm it is now like a lake, it is hard to believe so many lives it would take    As in the Cleggan Disaster of 1927 when numerous fishermen were taken to heaven

On that terrible night when their families went to bed the fishers had no idea of what disaster lay ahead.

To earn their living they worked the cruel seas to support their loved ones from hunger and disease.

In daylight and in darkness it was all the same, they endured the hard work, the torture and the pain.

The hurricane approached without any advance warning, with 25 fishermen drowned by the next morning.

Lonely were the hearts and bitter were the tears, as the pain never lessened with the passing of the years.

When some bodies were recovered it was indeed a small relief to help families cope with their heart-breaking grief.

Many of the bodies were never ever found, as they lay buried at sea rather than in the ground.

Looking at it now it is so peaceful and serene just like the disaster had never ever been, but that was just one of many tragedies at sea in this tiny little hamlet set in such idyllic scenery.

If you put it in writing down on paper it will be there long after you’ve gone to your Maker think about some writers and poets of old and how they managed to get their stories told Now that they’ve gone it is beholden to you to pass this information to the next crew.

As you pass this way think of the 25 and the terrible night they lost their lives.

This entry was posted in News. Bookmark the permalink.