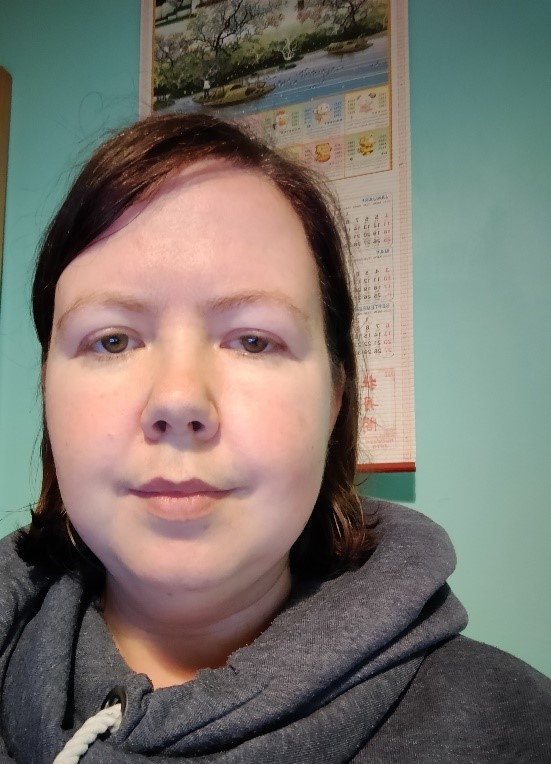 Orla O’ Brien is an avid reader and she enjoys reading all types of genres.

She considers herself an amateur who loves to play with words.

She is a member of Naas Creative Writers’ Group.
Their first anthology Cuisle Chill Dara: The Heartbeat of Kildare was published in November 2019.

She was shortlisted for June Fest 2020.

It happens to all of us,
Someone snatched for good and never seen again,
The grim reaper is not on a schedule,
Or in the habit of making appointments.
Death does not discriminate,
And cannot be bought by what is in the bank,
He comes uninvited in the early hours of the night,
At twilight and daylight,
there is no official time.

Sometimes he shows mercy,
Other times he administers a long, drawn out battle.
Robbing a fine man of dignity,
By striking him with a dilapidating disease like Alzheimer’s,
Reducing him to an infantile state,
A Benjamin Button cruelty,
Gnawing at his memory and muddling up the present,
Changing the film reel inside his head,
Swapping the present for his distant past,
The neurons in his head are jumbled up,
And he is afraid.

Unable to recognise those who love him dearly,
He cowers away holding his blanket,
And whimpers in pain,
Haunted, unable to rest,
A hollow shell he becomes,
Withering away fast,
There is no doctor in the land that can freeze his fate,
Kept comfortable with morphine and kind words,
He lingers on.

Agonising, watching a once strong man,
Reduced to skin and bone,
The clock ticks loudly in the hall,
It is only a matter of time,
He soon rests his weary bones,
In the ground,
Buried in the heart of winter,
On one of those darkest days,
Thousands of tears from heaven trickle in raindrops,
He is gone.

The eighth mystery of the world is death itself,
No one can explain it,
Or dictate when its coming,
Yet when it happens it rips families apart,
The world keeps churning,
The sun keeps rising,
Life marches on relentlessly,
Time does not stop for anyone,
And time can only heal so much,
We must dig deep and drum up the courage,
To continue our journey however painful the loss,
Of those who have gone before us,
We must carry on,
And acknowledge,
It happens to all of us.