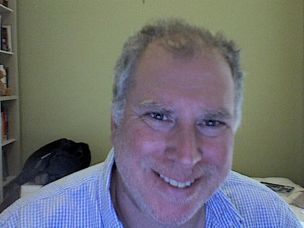 Alec Solomita’s fiction has appeared in the Southwest Review, The Mississippi Review, Southword Journal, and The Drum (audio), among other publications. He was shortlisted by the Bridport Prize and Southword Journal. His poetry has appeared in The Ekphrastic Review, Gnashing Teeth Publishing, The Galway Review, Bold + Italic, Litbreak, The Blue Nib, Red Dirt Forum, and elsewhere. He was longlisted for the erbacce-prize 2020. His chapbook, “Do Not Forsake Me,” was published in 2017 and is still available on Amazon. He lives in Massachusetts, USA.

After her death she lodged here and there
for a while: in my sinuses, my chest,
her daughter’s voice, penciled letters,
poems on postcards. Sometimes she’d visit
at night and wake me weeping. After
a year or two, she was in every room
in the house, I’d trip over her three or four
times a day, taste her breath, hear her whisper.
Then one day she was gone. All the rooms
became airless. But last week, one early morning,
she moved in permanently. She’s a plumb line now,
secured somewhere in my throat and hanging heavy
and straight into my middle no matter which way I turn.