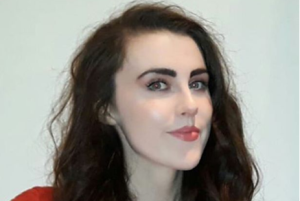 Kerry Graham is currently studying in NUI Galway towards a Masters in Writing, having already completed her BA in English and Classics there in 2018. Hailing from Donegal, Kerry has always pursued her passion for writing, having been published first as a young teenager in local newspapers. Her areas of interest include comedy, contemporary life, sexuality and gender.

Step One: Marry someone respectably wealthy.

Why should you work when he can? A Good Marriage should be the highest aspiration. Therefore, the lacy white dress and your somethings old, new, borrowed and blue were to be harbingers of domestic bliss. Through subtle brainwashing, you should be taught to confuse true love for convention. Spend your days playing house, using all your wedding presents for the first time (though who needs three soup tureens) and cooking elaborate dinners for imaginary guests while generally fulfilling your role as the Quiet Pretty Wife of an Important Man.

Step Two: Split your assets in half.

However, let’s say that your Darling Husband has a substantial gambling addiction, little if any self-control and absolutely no respect for his Beautiful Wife? Suddenly you two are moving back in with his parents and his mother blames you for leading him astray as if you’ve ever gambled in your life and he throws away your expensive shampoo because there are too many bottles in the bathroom and suddenly your darling husband isn’t so darling anymore and your curly blonde hair is drier than you were on your wedding night.

Step Three: Fall out of ‘love’ faster than you can say ‘’I have a headache’’.

Tune yourself out when he’s speaking. Roll your eyes whenever he walks in a room. Push him off you late at night when he makes his advances and furiously mutter that his parents are in the next room and isn’t that quite a handy excuse he will reply. You’ll think that if you did want an excuse, wouldn’t a ready-made one be the best part of a rather unfortunate situation? Realise he wants a baby with you to get himself back into his mother’s good graces. She’s always wanted a grandchild. Balk at the idea of carrying something of his inside you for the better part of a year. Visit the doctor and get a prescription of little white pills just in case he gets too forceful, and start sleeping with pyjama pants on instead of a nightgown.

Step Four: Add one job inappropriate for a married woman.

There’s a piano downstairs in his father’s study and you revive a childhood hobby, so you’ll have something to do because unemployment doesn’t suit your husband and there’s only so much television you can bear to watch with his hand on your thigh and your heart in your mouth. Realise that you like playing music and that you’re awfully good with your hands. Decide that you’re going to teach people how to play. Request the use of your father in law’s study. Start earning a pitiful amount of money, but hopefully the embarrassment of having a working wife will be enough to spur your husband on.

Use your play-money from the teaching to get some help. Think that maybe you ought to rein yourself in and talk to a professional before you crack like your mother in law’s expensive china (It was an accident). Speak about your childhood, your marriage, your inability to love your husband, your unwillingness to love your husband. Your inability to love yourself. Talk about your childhood best friend, and the things that you shared with her. Talk about how you loved her in a way that she didn’t understand and didn’t want to understand. Cry. Let the grief of losing her hit you for the first time in years.

Decide that your professional isn’t all that professional. Give up on her, and all her hippy-dippy ‘’process your trauma’’ bullshit. Remember that she has no idea what you’re going through, what you’ve already been through. Realise that it’s time to take matters into your own hands. Internalise it all and force yourself to smile. Push your husband back to work, even if it takes months. Scream and yell and plead and lose all your dignity, if there’s any left to lose. Beg for forgiveness that you don’t want. Cry. Repeat. Visualise the frilly bedspread that his mother picked out turning to flames on his side. See the fruits of your labour and exhale. He begins a new job, and your ‘’little hobby’’ is no longer be required for the sake of your financial situation. It’s still required for the ‘’your sanity’’ situation, but when has that ever mattered, you’ll ask yourself while crying in the shower, moving your fingers in a silent symphony.

Step Seven: Add the remainder of the Financial Security.

Move out of your husband’s parent’s house and take a deep breath. On one hand you’re delighted because that means that you no longer have his mother breathing down your neck, but on the other hand it means that you have him breathing down your neck. Every single night. Keep taking your little white pills. Hide them in the drawers of your vanity. He’ll never look there. Take the expensive lingerie he buys you as a last resort and bleed on them. Turn the pale pinks and blues into faded rags, and dust with them. Remember how you were promised something like domestic bliss. Hire a red-haired maid. Look at her the way your husband looks at you. Notice how she listens to you. It’s not just because you’re paying her, you tell yourself. She wants to listen. Realise that this may all have been a monumental mistake. Commit a sin. Repeat the sin. Repeat it again and again and again.

Let your idea percolate slowly in the back of your mind, like the imported coffee that he makes you brew for him every fucking morning. You’ve never liked the smell of coffee, and you like it even less after it permeates through the fibres of every soft furnishing in the room, no matter how much Febreze you spray. Fantasise about choking him with a belt doused in the cursed floral mist. Notice how the perfume the maid wears cuts through the cloying scent like ice. Tell yourself that it’s nothing. It’s not nothing.

Step 9: Come to terms with your own God-given nature.

Curse Him for all the mistakes that he let you make. Construct a plan with the maid. Host an elaborate dinner party for twelve and a half people. Smile and gush at a freshly swollen stomach and excuse yourself to the bathroom to be sick right before dessert. Use all three of your soup tureens. Have him believe that this is the old you returned from beyond the altar. Leave your maid to do the washing up. Pour your darling husband a nightcap in your nightdress. Sit and watch as he chokes on his own spit. Smile like the angel he knows you aren’t and whisper to him. You are in control, and honestly weren’t you always? Signs of a struggle, the police will write down. Wife missing, husband poisoned. The statements from the neighbours won’t be helpful. He was such a Good Man and you were his Beautiful Wife. Cut off your pinkie and send it to his mother.

Step Ten: Flee the state with your lover.

The police are looking for a woman with blonde curly hair. Five foot two, average build. Be insulted by the notion that you are of average size. Dye your hair red to match hers. Build a new life for yourself, under a new name. Start teaching music to children again, safe in the knowledge that you’ll never have any of your own. Buy new soup tureens. Watch her dye her hair black. Confuse your new neighbours. Confuse her. Confuse yourself. Tune yourself out when she’s speaking, and then tune yourself back in. Roll your eyes whenever she walks in a room and watch her do the same to you. Keep the nightgown on this time. Remember that you’re safer now that you ever were. And that your hair has never been so conditioned.