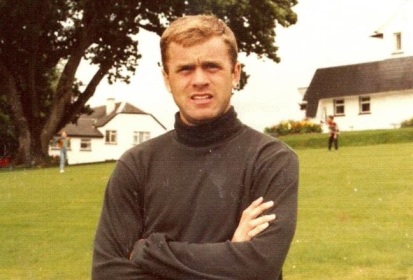 Shane Blackman’s great grandmother was born in Ireland, which explains why he was given the very Irish name of Shane. He received a B.A. in History and Literature from Wabash College and an M.A. in History from Indiana University. At Wabash College, Shane earned two cash prizes: The Walter Fertig Prize for Excellence in Writing and the Callimachus Literary Journal Award for Best Essay. He has been a Lecturer in History at Indiana University and has taught Creative Writing and Literature in Arizona’s high school system.

Fields yielded corn, oats, hay, and all the rest.
Wise farmers cultivated common sense.
They were experts who dropped out of high school,
Who paid the bills and fed the kids and hogs
With stock, grace, and soul. Circumspect, I viewed
Old places and past times for a minute.
My mind sharpened when Mellencamp came on
The radio and crooned in a barn next
To a beat-up, maroon, Chevrolet truck:
My parents chose Indiana’s maize soils
And small towns to bring the American
Dream to life, to let the cassette play on.
I like the sound of the Hoosier poet,
Who paints words, tunes, and lyrics on canvas.

The Travels of Marc Hudson

At Wabash College in bijou C’ville
There’s a literature professor who
Writes trig poetry and radiant prose;
These catalyze instincts and intellects.
Marc’s solo adventure was a study
Of Beowulf, printed by Bucknell Press.
His pristine aims are to show anyone how
To gain and express original thoughts.
Pine cones, eagles, cod, sand, lakes, streams, and hawks
Turn into new verbs and fine creations.
He scouts nature like Aldo Leopold
Explored vast Wisconsin and Alaska.
As the bards from history told sagas,
Marc kayaks island straits and Sugar Creek.

Homage to a Laureate

I dug through village archives in search of
Poems, initial or copy, scribed by
A sonneteer whose quatorzains transformed
My first semester of college days.
In Belfast and Dublin, I heard lines by
A pen named Incertus, a meek scholar
Who struck a chord with truth, beliefs, and myths,
In the big spheres we forge and imagine.
In local newspapers, I found tractors
Seamus Heaney described with precision.
Rich crops grew season to season, each year,
Into a Nobel and speech in Stockholm.
The artist built horseshoes and drove sedans,
With a dictionary in his pocket.