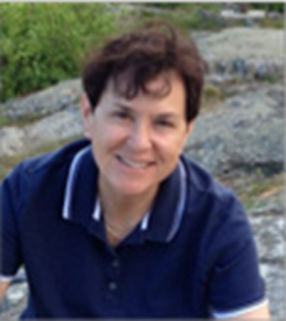 Jesse Mavro Diamond ‘s poetry has been published in many journals in The U.S. Her awards include first place in Eidos magazine’s international poetry competition for “A Very Sober Story,” The Tennessee Williams Literary Festival’s “One of Ten Best Poems in the U.S.” for “Swimming The Hellespont. She was a finalist for 2014 Lascaux Poetry Prize and included in The Lascaux Prize Anthology 2014 for “Chetwynd Morning.” “An Elegy for Devron,” was musically scored by composer Mu Xuan Lin and premiered at Jordan Hall in 2008. For many years, Mavro Diamond has taught writing courses in Boston area colleges and high schools. She currently teaches English at Boston Latin School.

“That’s what eats you… the sound …It never goes away.
You’ll always be able to hear that sound.”

I. The Mask:
Invocation to Melpomene

Rise, Muse, from your caskets’ indigo sleep
Shadow me up Echo’s blue-walled tower.
A boy’s home was never further from his feet
than skipping through dusk’s muted, trumpeted hour.

Pull the black threads through the needle of your throats
Stitch the child’s reft breast, measure by measure,
Lift his gone breath in your skirts’ sheer boat:
Rise, Muses, Up! cradling your sunken treasure.

We sat in the car’s half light,
(what’s known and what is not.)
Without pretense, simple strangers.

We sat as dusk spread its dark sheet
over the small body of day.

Across the aisle a man said it: Suicide.
Then his coda, I’m certain.
That’s what we need. That’s the ticket: Certainty.

Down the tracks we chase the straw hat,
Its radiant ribbon skittish in the February wind.

He was right about one thing. Wrong about another.
The boy never chose to die.
He chose to find his friend at the dollar store,

to take a shortcut through the woods,
to cross the tracks behind Battery Village.

Of this
we can be certain.

The instant he was gone, so was I.
I am she: Lot’s wife, Ildeth,
body facing forward, head back,
back to the hissing track,

looking for a shoelace,
a fragment of cuff,
searching the embankment his sneakers slid down.
Listening for the echo of his whistle in the woods.

IV. Cothurnes:
The Walk Back

Since you’re a writer, I’ll tell you.

The engineer’s sitting in the same seat
he was half a second before.
Waiting.
To be relieved.

The others are walking the track. Back.
Several miles. Sun’s sinking. And cold.
They never made a boot
could warm you from that walk.

Government calls it ‘Trespasser Fatality.’
We call it Hell. ‘Cause that’s what the hoghead—
engineer—is damned to. Would you?
Ever drive again?

Most guys are fathers, too.
Could a been his boy. Do me a favor:

Find a way to say that.

Dear Boy, I am with you now
While you lay curled beneath
a cypress tree.

Lyrical time is the amniotic clock
the measurable delay between
a sound wave and an echo.

Within that interval, actual
as a fertilized egg:
spiritual suspension.

These lines are the tracks.
This keyboard, the high-speed engine.
I am the passenger, a stranger.

I am breathing before, during, after.
Each syllable I sing is a cypress leaf
I have entwined them here

into a crown.
I know you are gone.
I know these are merely words.

are eternal.
May my breathing,
may my singing be yours.