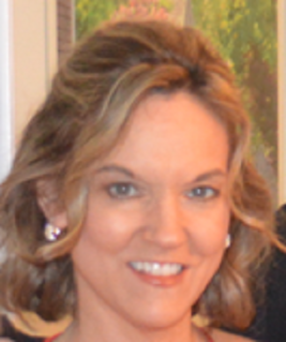 Susan Berardi has had an editorial published in The New York Times, and her writing has been featured on KTVI-FOX2 TV, KSDK-NBC5 TV, Show Me St. Louis, Hope Saves the Day—an Autism Radio international podcast, and Jewish Light Magazine. She was a top-five finalist in Slice Literary Journal’s Bridging the Gap Contest, twice a quarter-finalist in Screencraft’s National Short Story Competition, and shortlisted for Tulip Tree Publishing’s “Stories That Need to be Told.” In 2017, she gave the commencement address for the University of Illinois Department of Communication, where she received her master’s degree. In January, she will receive her MFA in Creative Writing from Pacific University.

The noon bell sounds like cardiac arrest. Six hundred loyalists advance. Jacob and I brace for the onslaught. We cannot retreat. Jacob is on a suicide mission.

Trays slap on tables like minefield explosives. Chair legs squawk as platoons jockey for position. The crackle of shrink-wrapped cutlery rockets through Jacob’s ears. The sizzle of hot dogs. The splat of ketchup from a bacteria-infested dispenser. A boy shouts, “No shit, Sherlock!”

“Sherlock Holmes was a fictional—” I say, but Jacob interrupts.

Fair enough. Jacob’s not dressed for battle—yellow t-shirt with a caricature of Hemingway, Kelly-green Adidas pants, neon orange high-tops. No tags, no buttons. Once he started wearing glasses, Jacob could no longer wear a hockey helmet to school. Now his thick, rebellious black hair clumps in coils over his ears.

He holds out his tray for the spoon-it-up slop masquerading as mashed potatoes. Processed chicken patty, apricots browned in fruit fly syrup and we’re on our way.

“Into the valley of Death,” I say.

“Half a league / half a league onward.”[1] Jacob recites Tennyson, then repeats the line in echolalia. He’s obsessed with classic war literature and poetry. What teenage boy isn’t?

But I know so much more than he does.

I have thousands of friends. One in forty-two boys, one in sixty-eight kids overall. All the directors and correctors scattered throughout the cafeteria. My peeps. There’s Tyler, stemming in the shadows. Brianne and Brendan, the twins. She doesn’t speak, and he talks incessantly about train schedules in major metropolitan areas. Malik, back from a three-day suspension. He destroyed the science lab after Billy Chambers held his face down for thirteen seconds in the guts of a dissected frog.

Jacob is one of the cool guys. He has a superpower, the power of invisibility. Walks through halls like he’s wearing the One Ring. Kids look through him, as if through cellophane. My problem? Jacob doesn’t want to be invisible anymore.

He spies three girls sitting at a table on his left flank.

Girls are easier to talk to than boys. Their voices sound like a melody. Their words cord through the air like Christmas tree lights.

A nerve-string stretches from Jacob’s heart to the girls’ smiles, like an ice-encrusted wire ready to snap. “I can’t do this,” he whispers.

It’s true, and why would he want to? They should want to talk to him. Ask me, he’s the only one with anything interesting to say.

“Is this seat taken?” he asks. Perfect neurotypical manners.

The girls barely register his presence.

He sits across from them, lines his utensils parallel to his tray, takes a bite of his sandwich. He tries to follow the girls’ conversation, watching their words zoom past while his head moves back and forth to read the air. “Talk about their interests,” he thinks.

Jacob might not understand what other kids say, but he can feel their meaning in his bones. His mother says they misjudge him, that he has more potential than anyone knows.

“I like your shirt,” he says to the girl wearing a tank top with the red lips logo of the Rolling Stones. “Which song is your favorite?”

“‘Paint It Black’ is considered an iconic Vietnam War—”

He clears his throat. “In the combat novel, Doom Pussy, U.S. airmen listened to—”

“What did you call me?” The girls on each side of her yank their heads around like synchronized swimmers. She smiles, but it doesn’t trip the muscles near her eyes. Then she scoops a lump of potatoes on to her spoon and flings it at Jacob. Her friends join the incursion.

White paste oozes down his face. The girls laugh. He picks up his tray and leaves.

I want to say, “I told you so,” but something happens I do not understand. A thunderstorm surrounds me with a strength as mighty as thirst. Shrill, cold needles of rain pierce through me. Thunder bellows like a Dark Lord. The deluge pools behind Jacob’s eyes as he trembles under a desk in the chemistry lab.

That’s when I realize. I’m his liability. I try to protect him, but I’m the reason he’ll never have what he’s always wanted: a friend.

I live in the midbrain, where instinct saves lives. But now I’m drenched, and Jacob is hurting. I worry when his prefrontal cortex overrides me; it rarely ends well. But I also long for the day when his courage wins out. When one kid, just one, calls to him, “Hey, Jacob! What’s up?”

To which he replies, “The sky.”

And the kid laughs and says, “Come sit by me.”