GALWAY AUTHOR SHORTLISTED FOR IRISH NOVEL OF THE YEAR 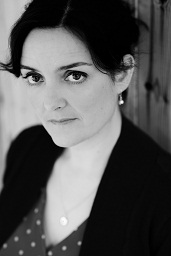 Ballinasloe-based author Nuala O’Connor (AKA Nuala Ní Chonchúir) has been shortlisted for the prestigious Bord Gáis Energy Eason Book Club Novel of the Year for her latest novel Miss Emily, published this summer by Penguin in the USA and Canada, and Sandstone Press in the UK. The shortlist of six books also includes Tender by Belinda McKeon, The Little Red Chairs by Edna O’Brien, Beatlebone by Kevin Barry, The Mark and the Void by Paul Murray and The Green Road by Anne Enright.
A panel of adjudicators, combined with a public vote – open until midnight on the 19th November – will select the winner, who will be presented with their award at a gala ceremony at Dublin’s Double Tree by Hilton Hotel on Wednesday, November 25th. 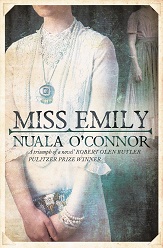 Miss Emily offers a glimpse into Emily Dickinson’s world, imagining a complicated, compelling friendship between the reclusive poet and her young Irish maid. Eighteen-year-old Ada Concannon has just been hired by the respected but eccentric Dickinson family of Amherst, Massachusetts. Despite their difference in age and the upstairs-downstairs divide, Ada strikes up a deep friendship with Miss Emily, the gifted elder daughter living a spinster’s life at home. But Emily’s passion for words will dominate her life: she will wear only white and avoids the world outside the Dickinson homestead. When Ada’s safety and reputation are threatened, however, Emily must face down her demons to help her friend, with shocking consequences.
Widely praised, The Irish Times called Miss Emily ‘outstandingly successful’ saying the book ‘is a lyrical and thoroughly readable novel with a compelling storyline.’

This entry was posted in Fiction, News, Non-Fiction, Review. Bookmark the permalink.